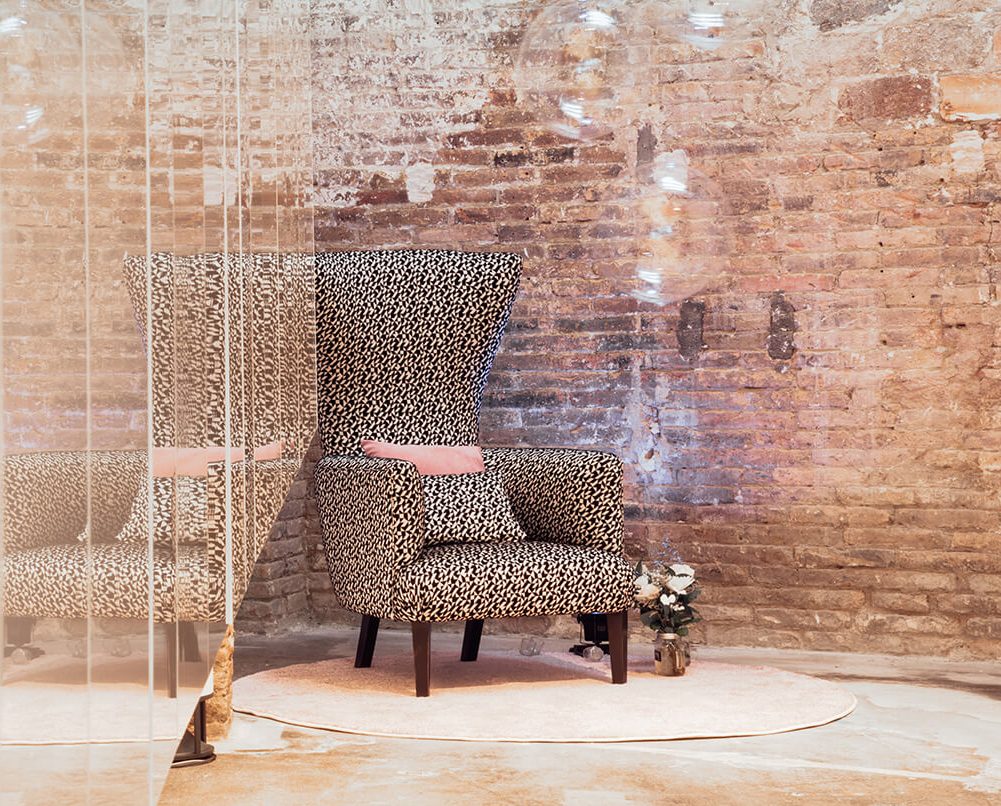 Posted at 16:56h in Uncategorized by admin 0 Comments

“Girls, I want to organize an event in my interior design studio during the Barcelona Design Week and I need you to help me. I can count on you, right?” This was the request that our client, the interior designer Mercè Borrell, made us at the beginning of November. Yes, this November, in the middle of the second wave and with the most restrictive lockdown measures for months. But we assume that the entrepreneurial and positive mentality of a woman like Mercè is stronger than any adverse circumstance. The world of art, creativity and culture is already sufficiently touched and it was worth the effort. A little light at the end of the tunnel. In addition, the event complied with all the security measures: six speakers at a round table that would discuss the past, present and future of Barcelona as a brand. In addition, we had top the speakers: the councilor for Tourism and Creative Industries, Xavier Marcé, the architect Juli Capella, the director of a Masters Degree at Elisava, Josep Puig, the CEO of Morillas branding agency, Marc Morillas and Mercè herself. And such an interesting and necessary conversation could not be just  a six-party debate. The intensity of the topic had to be shared with all those who had the same concern as the speakers. For this, and thanks to the magic of technology, we decided to broadcast the exciting debate live on YouTube. Almost an hour and a half in which each one was able to express their concerns and proposals for the future so that the Barcelona brand can shine again as once did. A technical display worthy of a live television program. All this, thanks to the support of some sponsors who made such an ambitious event possible: Duravit, Simon, Hansgrohe, Cubiñà, Azul Acocsa, LEDs C4 and Torelló Viticultors. And as the night was clear and the impressive location of Local K in Espai Serrahima, where the interior designer’s studio is located, allowed it, we could even enjoy the amazing voice of Nadya Makoeva and her guitar companion Andrea, two of the components of Jumble Sounds. For a moment, and if it weren’t for the masks and the hand sanitizer, we would forget that we are in the middle of a pandemic … which is no small thing.

Here you can access the full debate and here a summary of the wonderful evening.

Thank you Mercè for trusting Boreal Comunicación and for your great initiative!

Cancel Reply
We use our own and third party cookies to improve our services and show you advertising related to your preferences by analyzing your browsing data.You can learn more, or how to change your settings, in our cookie policy.
Press the accept button to confirm that you have read and accepted the information presented. If you wish to modify the configuration of the cookies click on MODIFY YOUR CONFIGURATION.After accepting we will not show this message again.
AcceptSettingsRead more
Privacy & Cookies Policy

This website uses cookies to improve your experience while you navigate through the website. Out of these, the cookies that are categorized as necessary are stored on your browser as they are essential for the working of basic functionalities of the website. We also use third-party cookies that help us analyze and understand how you use this website. These cookies will be stored in your browser only with your consent. You also have the option to opt-out of these cookies. But opting out of some of these cookies may affect your browsing experience.
Necessary Always Enabled
Necessary cookies are absolutely essential for the website to function properly. This category only includes cookies that ensures basic functionalities and security features of the website. These cookies do not store any personal information.
Non-necessary
Any cookies that may not be particularly necessary for the website to function and is used specifically to collect user personal data via analytics, ads, other embedded contents are termed as non-necessary cookies. It is mandatory to procure user consent prior to running these cookies on your website.
SAVE & ACCEPT
×